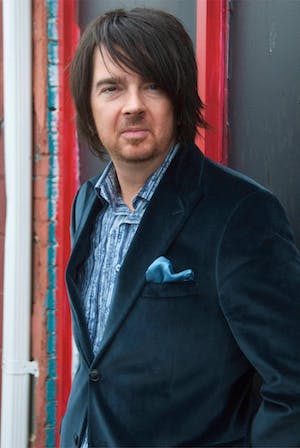 Presented by All For Laughs

Comedian, columnist Kevin Downey, Jr. had been headlining small rooms all over the U.S. He has headlined clubs everywhere in the U.S., and can be heard regularly on "The Bob and Tom Show", as well as, Sirius and XM Satellite radio.

He enjoyed a cult following until his frequent and on-going bookings at the Tropicana Hotel and Casino's "Comedy Stop" in Las Vegas and Atlantic City, brought him to a new level of notoriety. Kevin now works "A" clubs everywhere, and to larger and larger audiences.

He's also appeared on "Comedy Central", "What Not to Wear" and "Queer Eye for the Straight Guy."

Kevin is also a proud member of Armed Forces Entertainment and he travels the world performing for the troops. Some of the bases he's been to include Pearl Harbor, Guam, Roi-Namur, Kwajalein Atoll, Singapore and Diego Garcia.