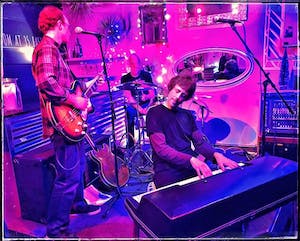 Pete Donnelly is a Philadelphia and Southern New Jersey-based songwriter, musician, and producer. He is a founding member of power pop mainstays The Figgs and also spent time with Terry Adams’ legendary NRBQ. On Pete’s latest album, his many years of music study and his deep love for jazz and modern classical music lead him in myriad new directions resulting in a record both beautiful and rocking, thoughtful and carefree. “Phases of the Moon” is audacious in scope and seamless in delivery, a musical journey unto itself!